I want to start the description/post off by being completely upfront and honest. The truck needs some work but nothing too crazy. I already spoke with my builder about how much it would cost to fix and restore it to how it was the day him and I finished it (how it looks fully furnished in the pics) I am willing to work on price with anyone interested at this point as I do not have the funds to fix it and its just been sitting without being used for what I originally built it for.

All of the work was done by me and a local certified RV mechanic and his apprentice. I will provide anyone interested with his business phone number so you can ask him anything about the conversion process as well.

What makes this conversion special is the fact that the living space is actually fully removable from the truck itself. The box has 4 legs that easily slide out from the corners that can suspend the box anywhere you'd like. After pulling out the legs you just drive the truck out from underneath it and go!

Everything in this build is brand new. No reclaimed/old materials were used.

Tires were replaced the day I bought the truck itself, as the old ones were over 5 years old, and only have 400 miles on them.

There is double layered insulation inside of each wall along with insulation in the ceiling frame as well. We built the inside the same as you would build a normal home with studs every 16".

40 gallon fresh water tank, and 35 gallon black and gray water tanks have been welded underneath the living space and all the electrical is hidden inside of the closet. There's a 6 Gallon hot water heater as well.

A 3500W generator powers everything inside and can run for about 7 hours straight on a full tank (only 2.5 gallons) with the Dometic 15,000 BTU A/C running on full blast at 65°. You could easily hook up solar panels or even just an electric inverter as well.

There is a full, separate bathroom with a soundproof wall that is 3.5 feet wide

There are white LED strip lights that wrap the whole perimeter of the ceiling that accent the colors of the walls beautifully.

The counter top is brand new and is made of high quality quartz. There is another LED strip that's positioned underneath the cabinet so that when the light is on, the quartz shines beautifully.

Only 3 windows as I wanted this to be more of a stealth camper. With both doors open on the back and the side, this home feels much bigger and more open than it already does.

2 different entry ways, one being the roll up door in the back and the other being the 7' wide French doors on the side of the box that lock using the wooden bar you see pictured.

If you, or someone you know has mobility issues, there's no problem getting into the truck as there is a hydraulic lift in the back that goes up and down at the push of a button.

We also made sure to add the city hook ups for both electrical and water for when you're in an RV park. I even have a 30Amp adapter so you could hook it up to a normal house outlet without any issues.

The living space has a much softer ride compared to the truck cabin as the box sits on airbag suspension which can be dumped out right from the cabin. When taking it out to Sarasota on its first trip, the airbags provided so much stability inside that not a single thing fell, not even anything in the cabinets. Even after driving on many poorly kept roads with massive amounts of potholes and bumps.

After looking into what type of vehicle I wanted to use for a tiny home, I decided on this international as many box trucks are meant to last hundreds of thousands of miles, unlike most other vehicles such as a sprinter van or even a normal RV. A huge benefit of this truck is its engine. It's a pre-emission standards turbo diesel. Any mechanic you bring it to will tell you that it could easily last another 300K miles without a problem as long as normal maintenance, like oil changes, are done when they should be. Mainly because it does not have any electrical sensors to worry about.

There is still a lot of design freedom, (especially with there being no more furniture inside besides the bathroom, kitchen, closet, and bed frame) and I would be happy to provide you with my ideas as to what else I was going to add to this conversion.

I am sad to have to sell this tiny home since I never even had the opportunity to use it myself. I had built this in the hopes of travelling the country for a while but funds ran out sooner than expected due to Covid of course. Please feel free to contact me by email or phone. I'd be happy to answer any and all questions about it along with any additional info you'd like to know! 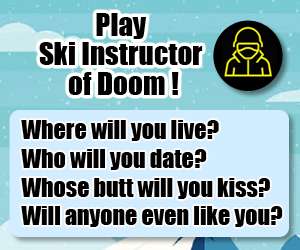