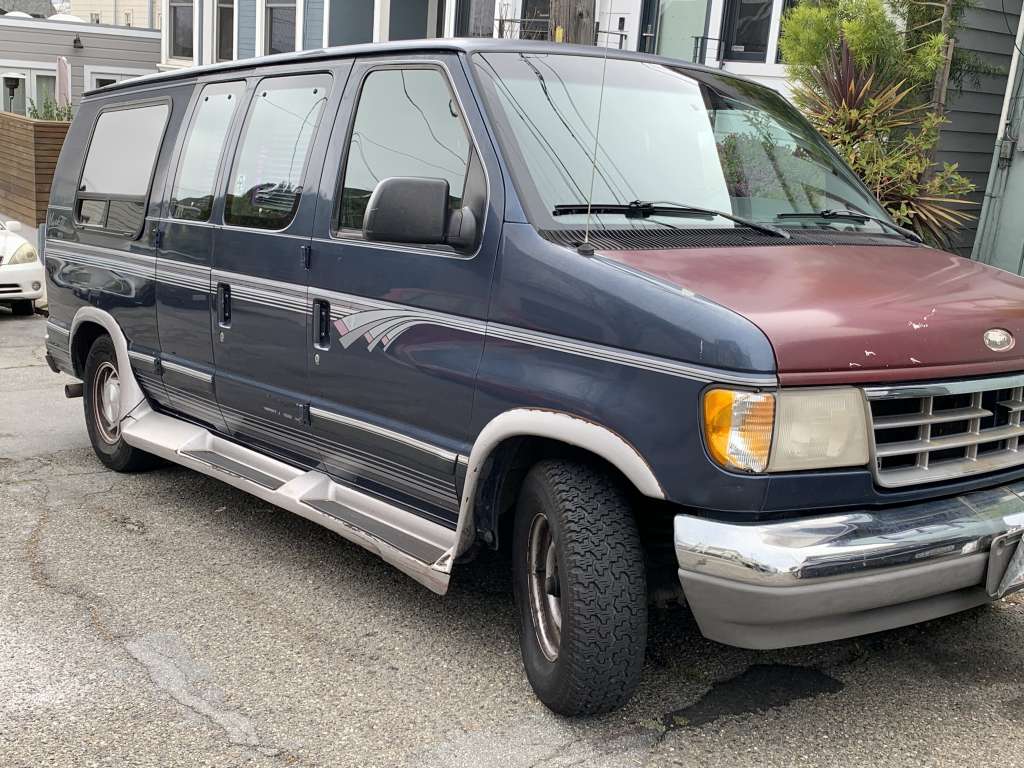 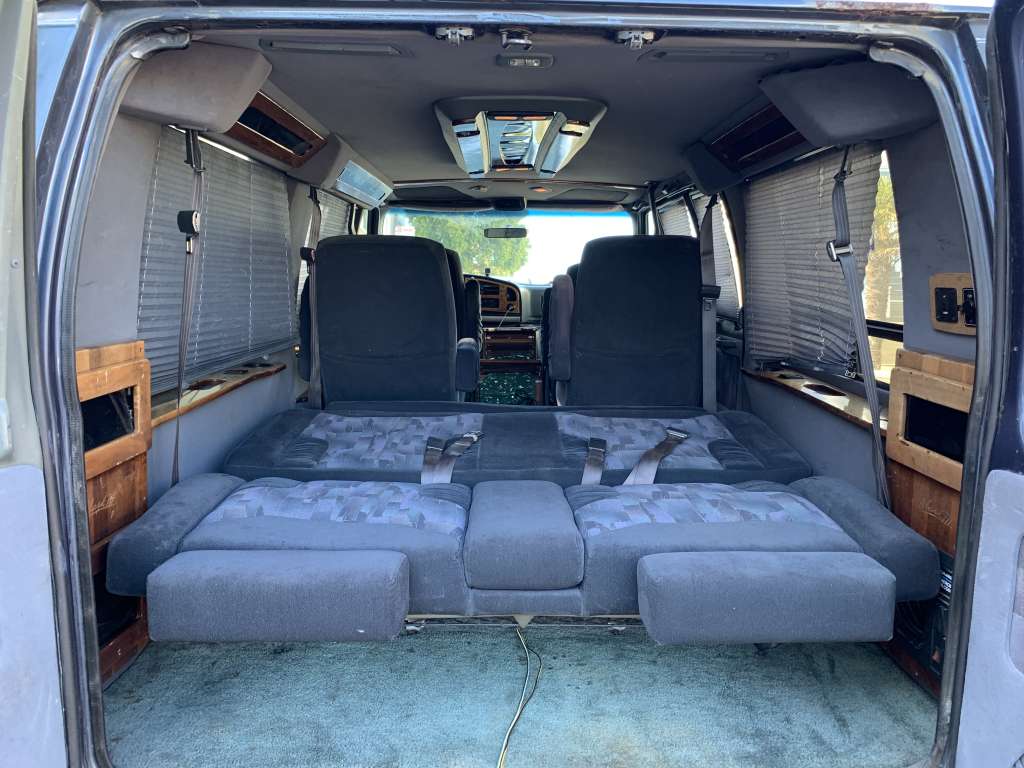 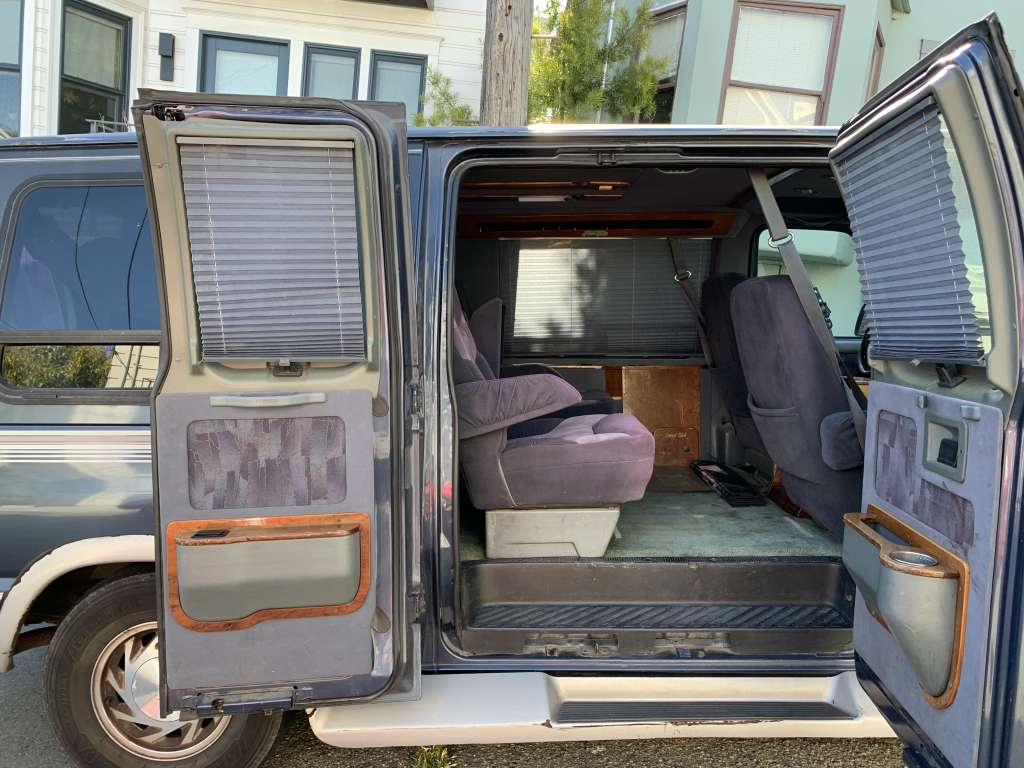 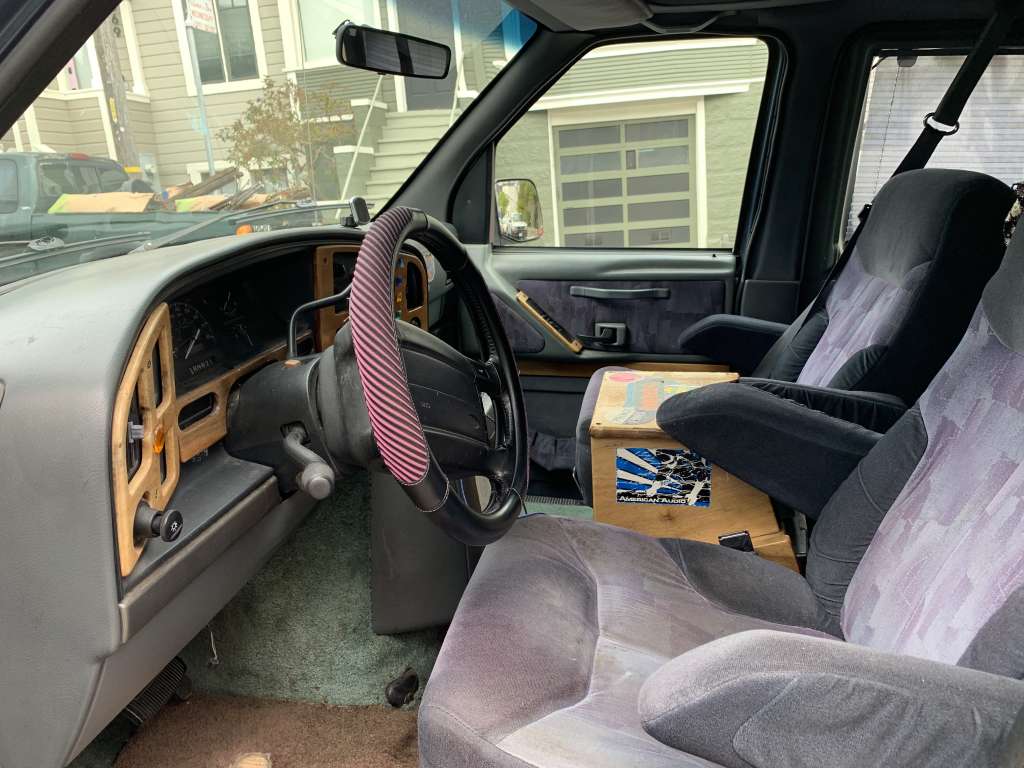 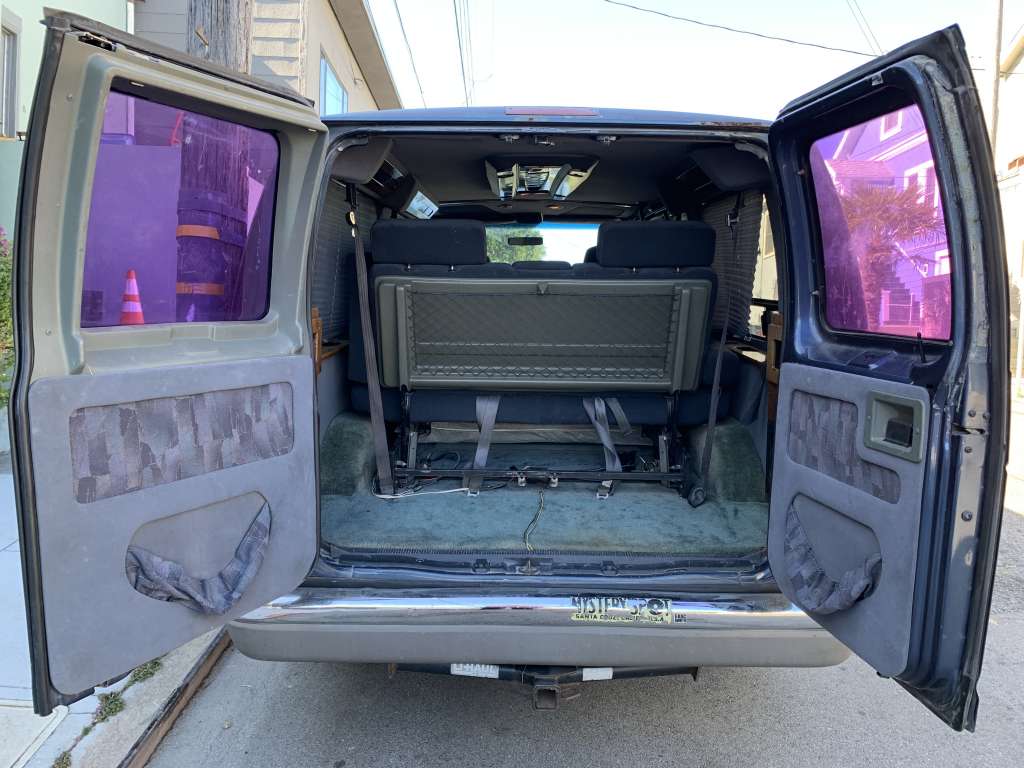 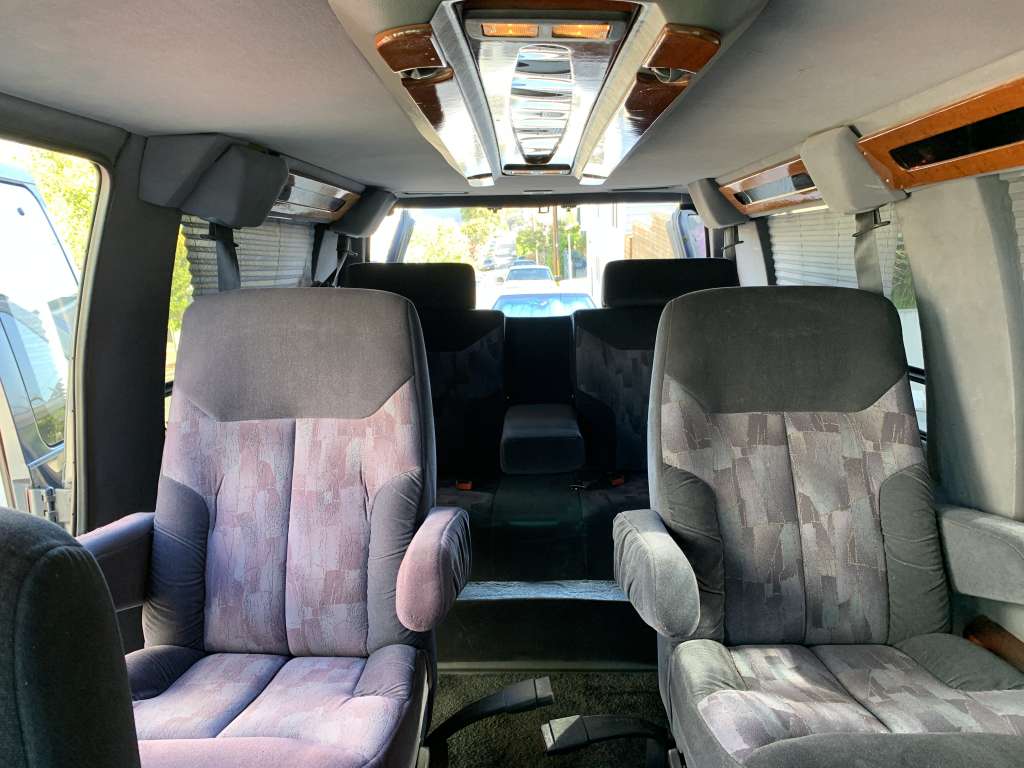 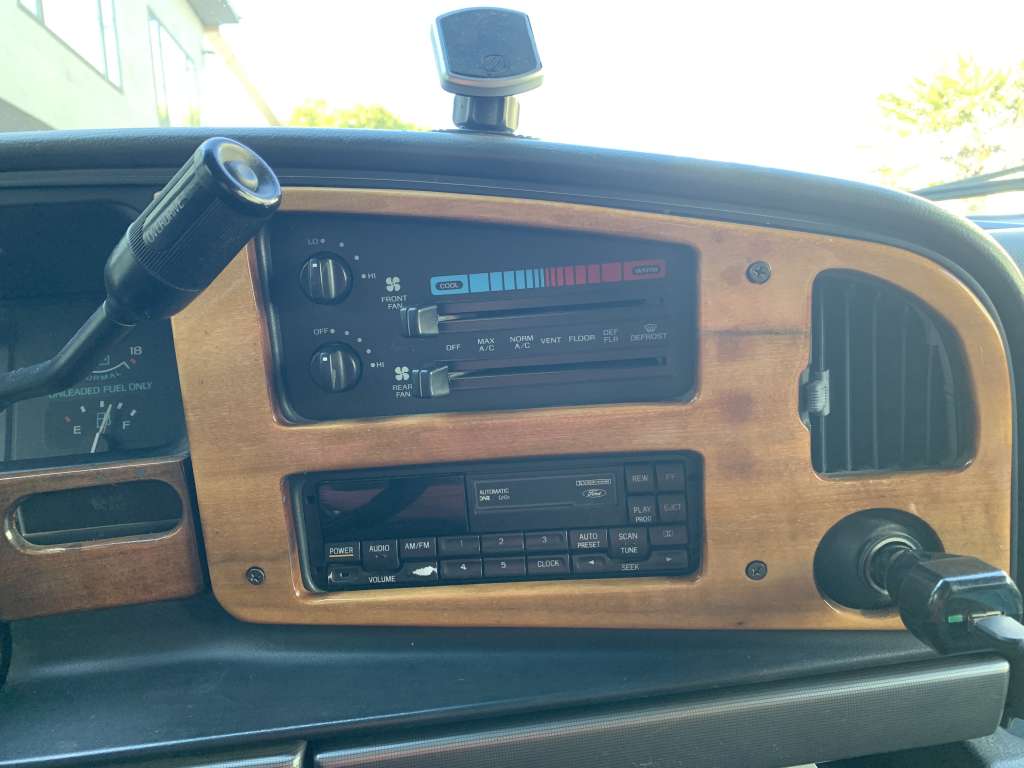 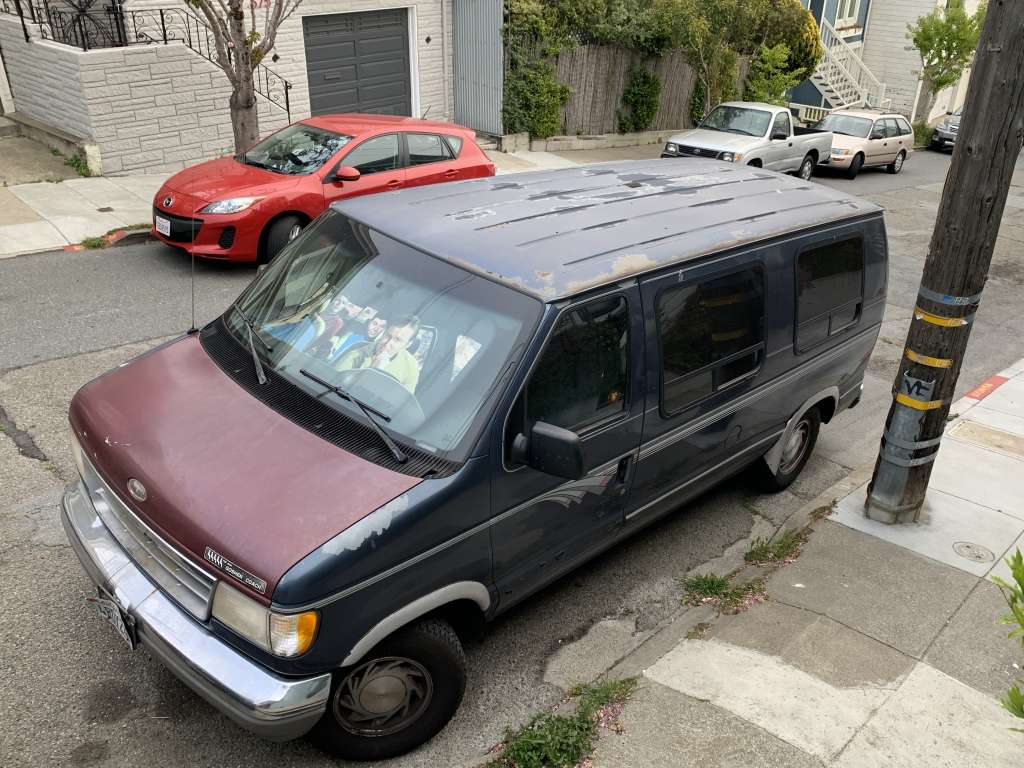 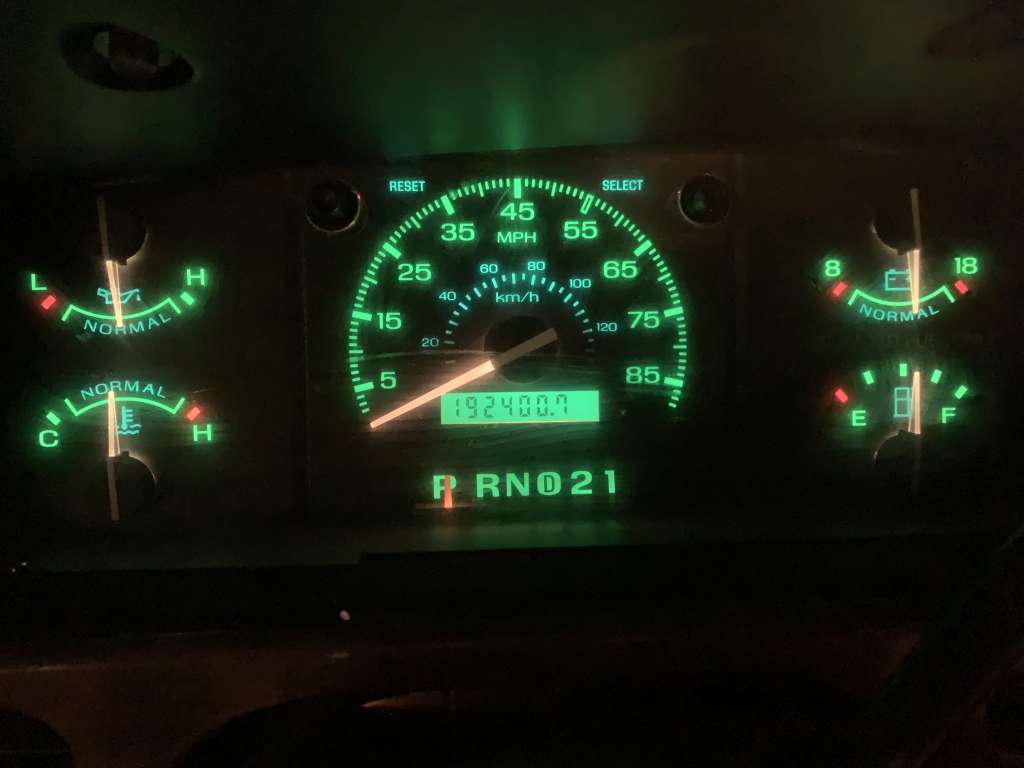 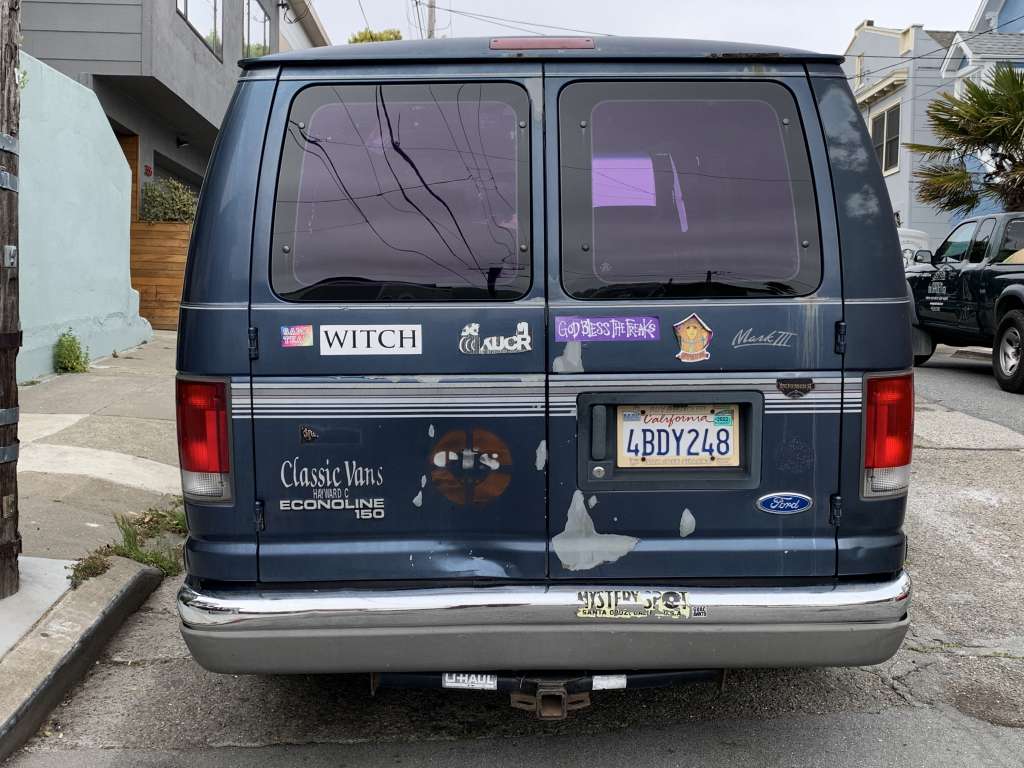 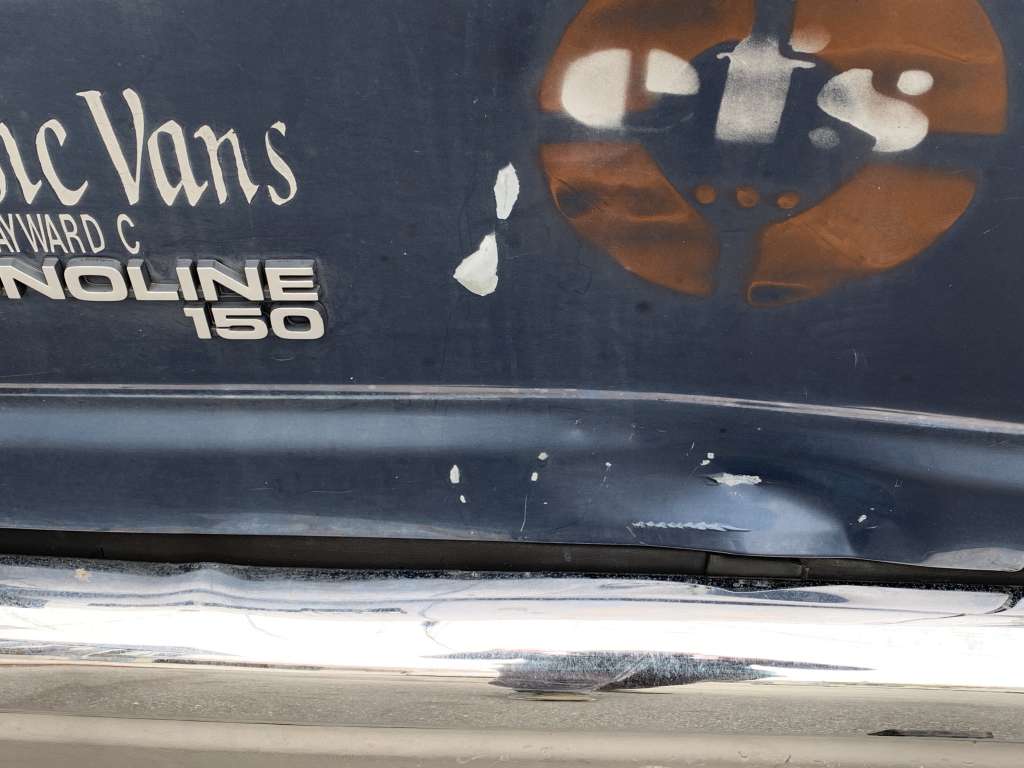 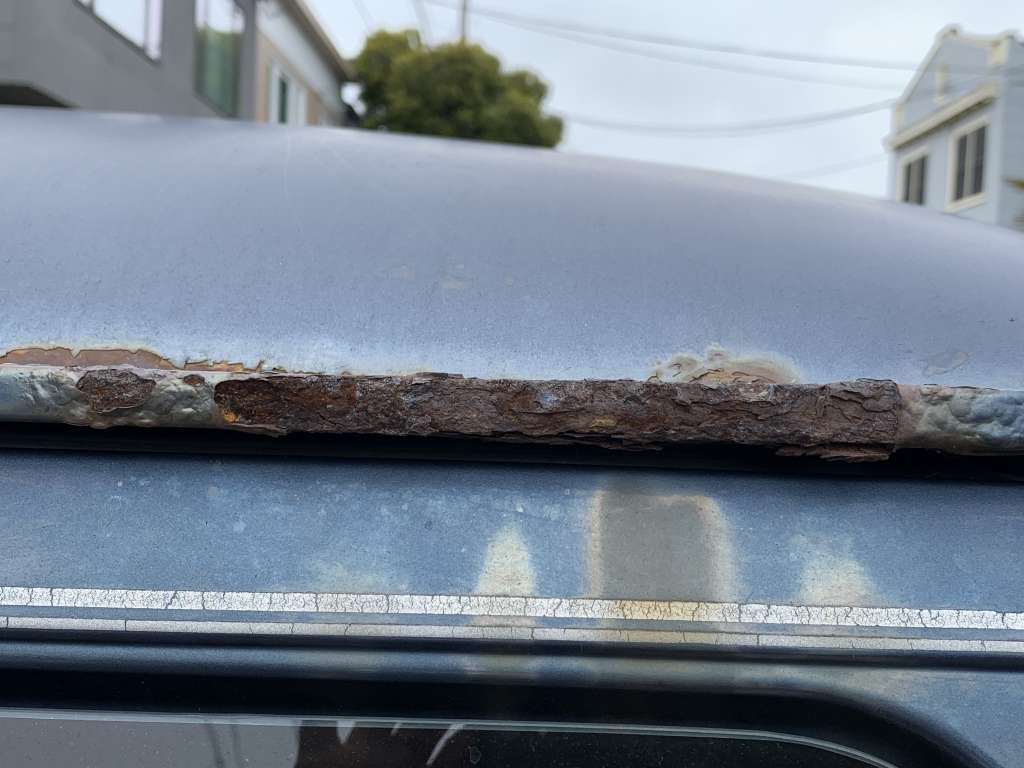 Introducing the Madonna van! I've had this van since 2006 at which time it only had 54,000 miles. Now it's at 192,400mi and has been the most reliable vehicle I have ever had. I have every mechanical record and religiously did oil changes every 3000mi.The conversion was done by Mark 3. It comes with a hitch in the back too for hauling a trailer or whatever you can fix to it:) It used to have a TV and VCR but I took it out and now its a great snack drawer or spot for a small cooler. This is a great van for living in, weekend camping, touring with your band, or family, or just a simple, reliable work van.

1. I have the entire vehicle history and every maintenance record including oil changes, and owner's manual.

2. Mostly highway miles and 192,000 is actually considered low for these commercial vans - and I never used this as a city commuter- just for long trips.

3. All the awesome luxury features of a conversion van- This van is extremely comfortable to drive. Plush captains chairs, power driver seat, reclining sofa bed in back, front and rear AC/Heat, power windows, mirrors, locks, cool interior lights, it's the ultimate party van or the perfect weekend camper van. The seats are EASILY removable and then this van transforms into a powerful hauling vehicle with tons of cargo room. My band could pack all of our gear and sit 4 comfortably! It's also just very safe because it's big and you'll love towering above everyone on the highway - plus the funny wood paneling is kitchy and fun.

5. Never had any accidents! (only 1 minor dent from city parking pictured above on driver side rear door)

6. There is a converter so you can listen to music from your phone.

10. New (used) hood and hood latch and windsheild and seals.

13. This van has been owned and used almost exclusively by women - there are no bad smells, no stinky cigarettes and no pets.

14. I have the title in hand, registration and smog is current and always passes.

1. Years of city parking and no garage has its consequences. She's obviously got some cosmetic problems, some rust on the roof, sun damage and paint peeling. The back door and bumper has a dent from bumping into someones bike rack while parking in the dark of night recently. It still opens, but sticks and you may want to have that fixed with new paint. That rear bumper being slightly dented makes it difficult to access the spare tire so a 'new' used bumper would be a good thing to fix. Or just leave it as is- the car still drives really really great and will get you wherever you want to go.

2. The Overdrive light comes on sometimes and I'm told this means its going to need tranny work

3. One interior light bulb out on driver side.

4. cassette player will eat your tapes.

6. passenger side mirror is cracked and I never fixed it bc I can still see fine...its just another consequence of parking in the city.

7. probably a bunch of stickers from rock bands you wont be able to get off the van, but they are cool stickers at least! (Prince, Bruce, local bands, my bands...)

8. The rust on the roof causes a teeny tiny drip when it rains in the way back of the van. I have kept a tarp in that spot during rainy season so that there is no water damage to the interior.

10. There are some broken plastic handles on the interior that people used to get in the van while carrying amps.

11. The rear doors have lost their blinds and plastic panel is cracked from bandmates not being careful enough putting gear in the car.

So that's the story- I love this van but am selling it because I want something newer.

Contact me for more information. Live long and prosper. 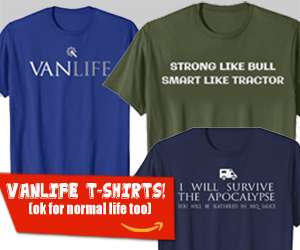